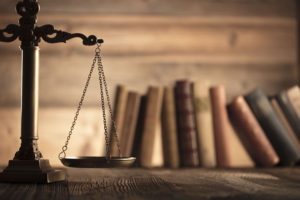 When Texans are involved in civil disputes–such as divorce, or foreclosure of a mortgage–they may be directed to a district court, or another court with jurisdiction in civil matters.

When a Texan is accused of a crime, the complaint may be resolved in a county court, or another court that has jurisdiction over criminal matters.

County government provides almost all of the funding and other critical operational support for the state’s court system.  Local county officials enable operation of our state’s judicial system with almost no financial support from state officials in Austin.

Laws developed by state officials require local county governments to collect fines, fees, and taxes to fund and operate much of the state’s court system.  Most of the judicial system expenses managed by county officials are mandated by state officials in Austin. Other court-related expenses reflect local county priorities, such as the operation of programs to assist veterans with mental illness who are charged with a crime.

The Texas Fair Defense Act passed by the Texas Legislature in 2001 requires counties to adopt formal procedures for providing lawyers to indigent defendants, and it established a program to give counties money to meet minimum statewide standards. However, the Texas Legislature has never come close to funding county government’s indigent defense expenditures, which continue to increase annually.

Thanks to financial support provided by your local county government, the state’s court system continues to prosecute criminals, serve justice, and provide the stability and predictability that help our economy thrive.